Sleeping is a vital activity in order for our bodies to function at their best. It is an essential and physiologically necessary act, as it restores and supplements our metabolism, and is fundamental for our activity the following day. Nonetheless, 32% of Spanish people admit that they do not feel refreshed after their night’s sleep, and 35% acknowledge that they feel tired during the day. Adults should sleep on average between 7 and 9 hours a day. However, 80% of those surveyed in a recent study acknowledge that they sleep less than 7 hours a day, which represents a health problem affecting most of the Spanish population, whose hours are increasingly deviating from the hours kept by the rest of Europe. 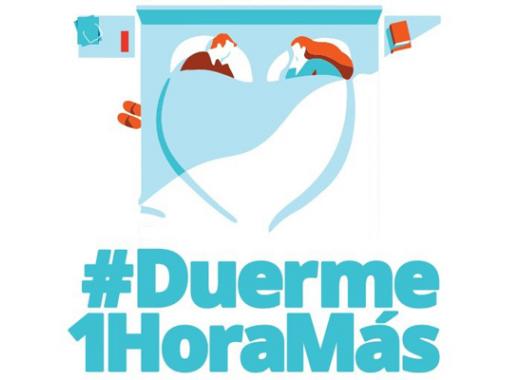 To help change this situation, ASISA has launched #Dorm1HoraMés, a new advertising campaign with the aim of getting the Spanish population to sleep better. Through a series of practical and straightforward tips, the initiative aims to improve and optimise the hours that the Spanish sleep to ensure they rest effectively. Once again, the insurance company has made use of its advertising platforms in different media to make a contribution to the health not only of its insured clients, but also society at large. This helps strengthen ASISA’s commitment to reinvesting its profits in caring for health.

The main messages are connected with the importance of looking after your health, and the role that proper rest has in general well-being. All the tips included in the campaign have been medically approved by the ASISA national team headed by Dr Paula Giménez, Director of the Sleep Unit at the HLA Vistahermosa Clinic, and ASISA representative for Alicante.

«At Asisa all we care about is your health…»

The project is based on the slogan «At ASISA all we care about is your health. That’s why we want you to sleep well», an idea that also defines the aim of the initiative. The campaign combines a direct and friendly tone with the rigour and professionalism of a medical company, such as ASISA. It also represents a further example of the visual approach of Publitherapy, launched in 2015, and is based on the use of illustrations.

Jaime Ortiz, Commercial and Marketing Director of ASISA, explains that: «#Sleep1MoreHour (#Duerme1HoraMas in Spanish) marks a further step in ASISA’s commitment to caring for health. This way of understanding our responsibility in promoting healthy lifestyles is an intrinsic aspect of a company that has developed a healthcare model based on reinvesting profits to guarantee improved medical quality. ASISA remains committed to standing out as a company firmly committed to caring for the health of its insured clients and society at large».

For his part, Carlos Eiroa, the ASISA Advertising Director, assures that «#Sleep1MoreHour (#Duerme1HoraMas in Spanish) is the result of the evolution of Publitherapy and our commitment to using advertising to present health advice. That is why we are continuing the use of our own distinctive visual code, based on illustrations specifically aligned with this campaign. And so we will continue dedicating our advertising to improving health through clear, precise and highly distinct messages in terms of the language and codes they employ, unlike those of other health insurers».