Health co-operatives in the policies of the G20

Health co-operatives in the policies of the G20

For the first time since it was founded, public health problems are now present on the agenda set out by the rotating German presidency for the members of the G20. The health ministers of the 20 countries with the largest economies in the world met on 20 May to address issues with a profound impact on the economy and on civil society. 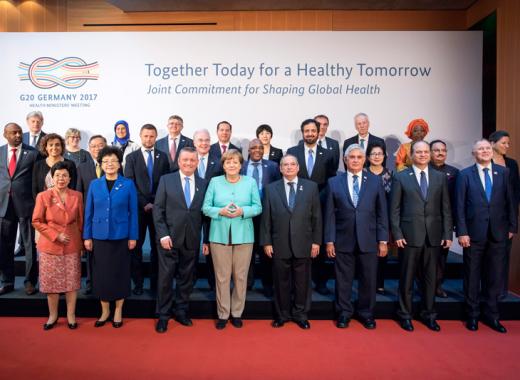 The G20, or Group of 20, is an international co-operation forum bringing together 19 countries, together with the European Union as an economic bloc. Spain, although it is one of the 20 largest economies of the world, is not an official member of the group, but does regularly participate as a permanent guest.

Following the financial crisis unleashed in 2007, the summits of the G20 Heads of State and Government focused on issues connected with global economic growth, international trade and the regulation of financial markets. Efforts are in particular being made to underpin the global financial system and to improve the supervision and regulation of participants in financial markets, including what is known as the shadow banking system. The aim is to guarantee that no market or financial product is left unsupervised.

Alongside these annual summits, a process of meetings and debates takes place, addressing different topics and involving companies, business associations and international bodies, with the aim of drawing up recommendations for economic policy, which are passed on to the governments of the participating countries. This is known as the B20, which has the mission of supporting the G20 through a consolidated representation of different political proposals and interests. Meanwhile, the B20 also fosters dialogue between legislators, companies and civil society.

The healthcare initiative of the B20

The health sector is one of the largest business sectors of the G20, and an important engine for economic growth. It has, however, never been forced to deal with as many challenges as at present. Demographic change, an ageing population and increased life expectancy, alongside the growing demand for health services and products, mean an ever greater burden for the health system of many countries, and for both public and private financing systems.

Given the far-reaching impact that health problems have for societies worldwide, companies in the sector are essential in order to ensure that healthcare systems contribute to economic growth and to sustainable, inclusive and forward-looking development. In accordance with this argument, the rotating presidency of the G20, which in 2017 falls to the German Chancellor, Angela Merkel, has established healthcare as one of its priorities, launching the B20 Health Initiative, which involves Dr Carlos Zarco, Director-General of the Espriu Foundation.

The members of the B20 health group drew up the recommendations addressing such issues as antibiotic resistance, preparations to deal with pandemics, the fight against unattended tropical diseases, digital health, and healthcare innovation. It was in this last aspect that health co-operatives were recognised as an enterprise structure facilitating access to healthcare on the part of nearly 100 million households around the world.

At the conference of companies and organisations from the health sector, including the Espriu Foundation, staged in Berlin on 18 May, German health minister Hermann Gröhe was presented with a document setting out the sector’s economic policy proposals, including the reference to health co-operatives, which were debated at the conference of health ministers held on 20 May.

However, not only was the role of co-operatives recognised within the scope of healthcare, but likewise the recommendations addressed to the governments of the G20 in such spheres as small and medium enterprises, employment, and education, include references to the co-operative enterprise model.

It is down to governments to respond to the B20 recommendation, and commit to co-operatives as a healthcare enterprise model that has proven its sustainability and its social location.