The International Health Cooperatives Organisation entrusted the Espriu Foundation director to lead the international promotion and development of health cooperatives. 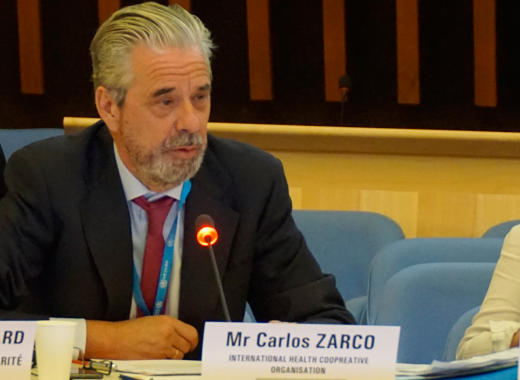 He will be accompanied on the IHCO’s governing council by Hotaka Hara from Japan and Ricardo López from Argentina as vice-presidents and Gilberto Quinche from Columbia and Marcos Cunha from Brazil as members.

After the election, Dr Zarco expressed his gratitude to the delegates participating in the assembly for the trust they had once more placed in him and his satisfaction at being able to continue the work of international promotion and development of health cooperatives.

The assembly, which brought together delegates from Canada, Italy, India, the Philippines, Brazil, Argentina, Japan, Colombia, Spain, Cameroon and Kenya, agreed on the work plan for 2022, which focuses on exploiting the potential of the cooperative business model in the health sector as an element of health system development.